In the months of December 2016 and January 2017 I was part of a team, which prepared the method according to which a longterm Vision for Sofia would be developed. The initiative of making such a Vision was of the City Council of Sofia and entrusted to the chief architect of the city, Zdravko Zdravkov. The team consisted also of Magdalena Kircheva (urbanist), Hristo Harlov (architect), Bozhidar Ivanov (sociologist), Angel Georgiev (technology specialist), Alexandra Antova (PR) and Vassil Iliev (visual identity).

The proposal was backed by the city councillors in February 2017 and work is due to begin in March of the same year.

The main idea behind our proposal is that such a vision needs to be a co-creation (but also a co-realisation) of as many of Sofia's citizens as possible. The Vision has the potential of establishing a system of dialogue between the various stakeholders, a much needed tool in Sofia.

The team formed its proposal based on a number of public meetings between people active in different fields, an online survey, a monitoring of multiple online discussions, a consultation of a large number of existing strategies, an email communication with hundreds of people, meetings with representatives of the municipal administration and a research of foreign examples.

Our proposal (in Bulgarian) is visible here. 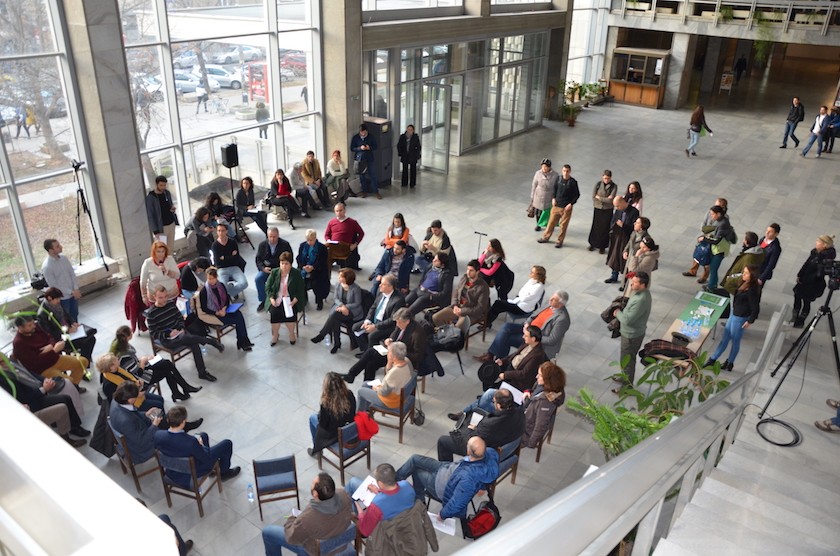